The Future of Man is a magnificent introduction to the thoughts and writings of Pierre Teilhard de Chardin, one of the few figures in the history of the Catholic Church to achieve renown as both a scientist and a theologian. Trained as a paleontologist and ordained as a Jesuit priest, Teilhard de Chardin devoted himself to establishing the intimate, interdependent connection between science—particularly the theory of evolution—and the basic tenets of the Christian faith. At the center of his philosophy was the belief that the human species is evolving spiritually, progressing from a simple faith to higher and higher forms of consciousness, including a consciousness of God, and culminating in the ultimate understanding of humankind’s place and purpose in the universe. The Church, which would not condone his philosophical writings, refused to allow their publication during his lifetime. Written over a period of thirty years and presented here in chronological order, the essays cover the wide-ranging interests and inquiries that engaged Teilhard de Chardin throughout his life: intellectual and social evolution; the coming of ultra-humanity; the integral place of faith in God in the advancement of science; and the impact of scientific discoveries on traditional religious dogma. Less formal than The Phenomenon of Man and The Divine Milieu, Teilhard de Chardin’s most renowned works, The Future of Man offers a complete, fully accessible look at the genesis of ideas that continue to reverberate in both the scientific and the religious communities. 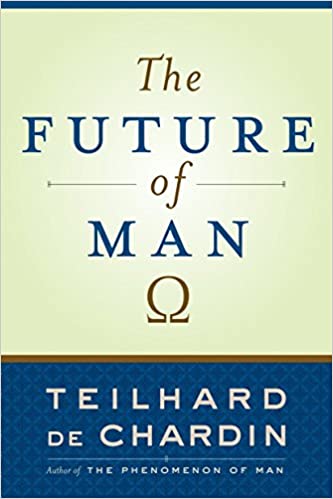