The End of Certainty: Time, Chaos, and the New Laws of Nature - Ilya Prigogine

Time, the fundamental dimension of our existence, has fascinated artists, philosophers, and scientists of every culture and every century. All of us can remember a moment as a child when time became a personal reality, when we realized what a “year” was, or asked ourselves when “now” happened. Common sense says time moves forward, never backward, from cradle to grave. Nevertheless, Einstein said that time is an illusion. Nature’s laws, as he and Newton defined them, describe a timeless, deterministic universe within which we can make predictions with complete certainty. In effect, these great physicists contended that time is reversible and thus meaningless. 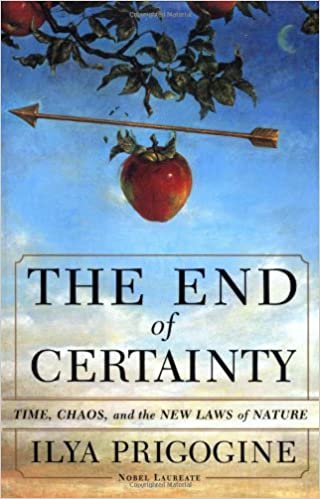